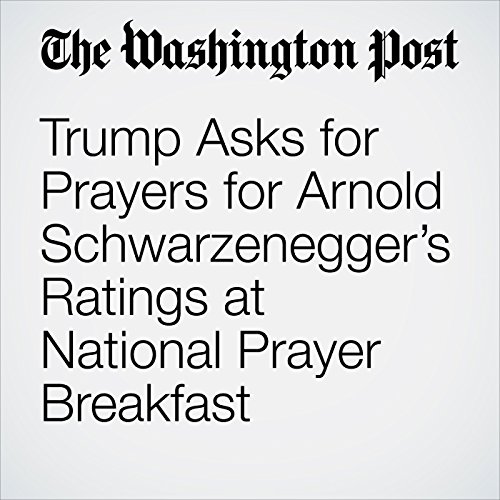 President Trump opened his first appearance at the National Prayer Breakfast in Washington with a prayer for the television ratings of the man who succeeded him as host of “The Apprentice.”

"Trump Asks for Prayers for Arnold Schwarzenegger’s Ratings at National Prayer Breakfast" is from the February 02, 2017 Politics section of The Washington Post. It was written by Abby Phillip and narrated by Sam Scholl.