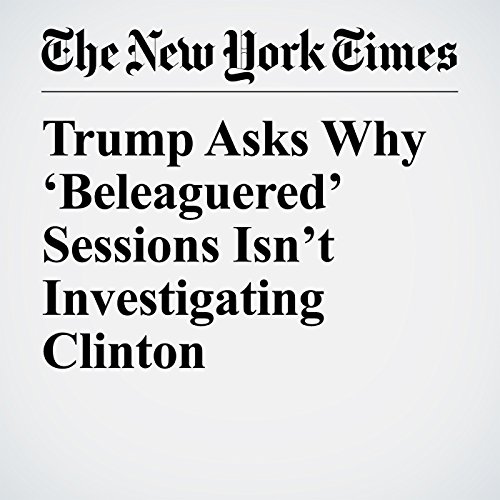 President Donald Trump turned up the pressure on his own attorney general Monday, calling him “beleaguered” in a tweet questioning why the Justice Department is not investigating Hillary Clinton.

"Trump Asks Why ‘Beleaguered’ Sessions Isn’t Investigating Clinton" is from the July 24, 2017 U.S. section of The New York Times. It was written by Eileen Sullivan and narrated by Kristi Burns.