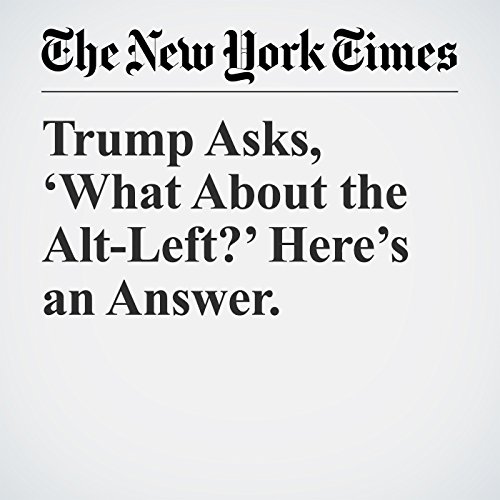 President Donald Trump defended his belated condemnation of white supremacists who engaged in violence in Charlottesville, Virginia, by arguing that he was exercising caution in casting blame. Then he returned to his original position that there was ample fault on both sides.

"Trump Asks, ‘What About the Alt-Left?’ Here’s an Answer." is from the August 15, 2017 U.S. section of The New York Times. It was written by Linda Qiu and narrated by Kristi Burns.