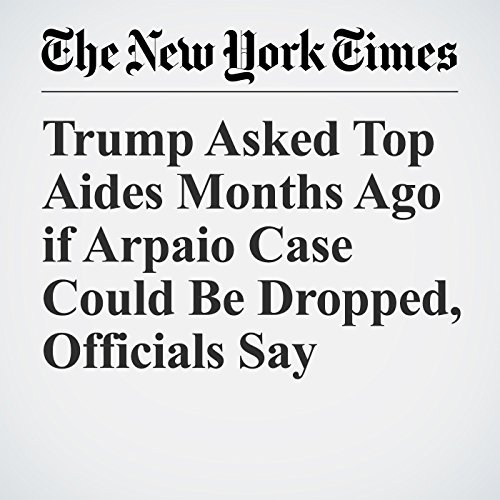 Months before President Trump issued his Friday-night pardon of Joe Arpaio, the former Arizona sheriff, the president asked his attorney general and White House counsel whether the case could be dropped altogether, according to four administration officials familiar with the discussion.

"Trump Asked Top Aides Months Ago if Arpaio Case Could Be Dropped, Officials Say" is from the August 26, 2017 Politics section of The New York Times. It was written by Maggie Haberman and narrated by Keith Sellon-Wright.