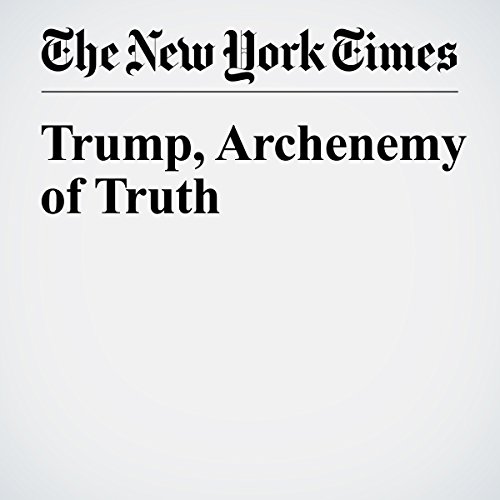 Donald Trump’s unrelenting assault on the media is in fact an assault on the implacability of truth, the notion of accountability and the power of free speech. It is also a bit of a bow to the conspiracy theorizing that Trump is wont to do.

"Trump, Archenemy of Truth" is from the February 26, 2017 Opinion section of The New York Times. It was written by Charles M. Blow and narrated by Caroline Miller.