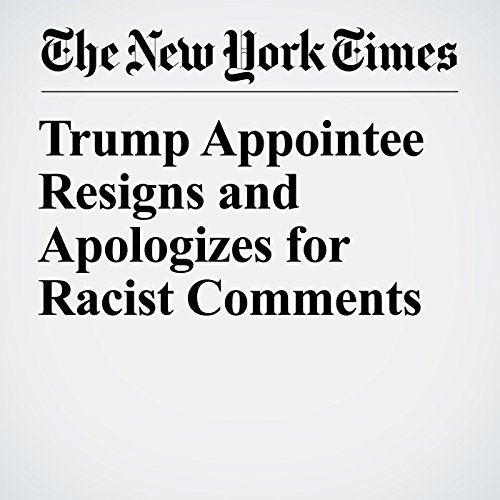 Carl Higbie, who resigned Thursday from the federal agency that funds AmeriCorps and SeniorCorps, said Saturday that he regretted making disparaging remarks in the past about black people, Muslims, gays and lesbians.

"Trump Appointee Resigns and Apologizes for Racist Comments" is from the January 20, 2018 U.S. section of The New York Times. It was written by Christina Caron and narrated by Keith Sellon-Wright.