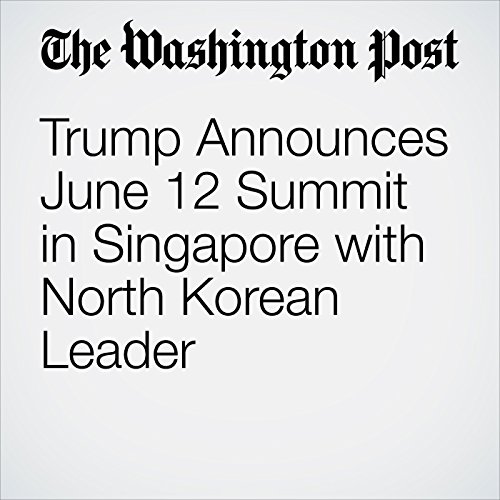 President Trump announced Thursday that his summit with North Korean leader Kim Jong In will occur June 12 in Singapore, a high-stakes step in his bid to curb the rogue nation’s nuclear weapons program.

"Trump Announces June 12 Summit in Singapore with North Korean Leader" is from the May 10, 2018 Politics section of The Washington Post. It was written by David Nakamura and John Wagner and narrated by Sam Scholl.