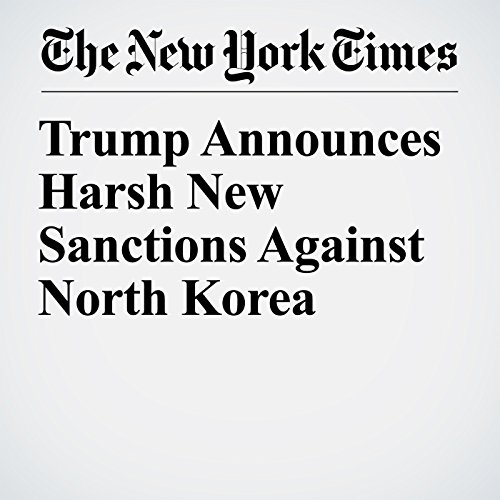 President Donald Trump announced harsh new shipping sanctions against North Korea on Friday — a clear signal, near the end of an Olympic Games marked by a rapprochement on the Korean Peninsula, that his pressure campaign against Pyongyang will not let up.

"Trump Announces Harsh New Sanctions Against North Korea" is from the February 23, 2018 World section of The New York Times. It was written by Mark Landler and narrated by Barbara Benjamin-Creel.