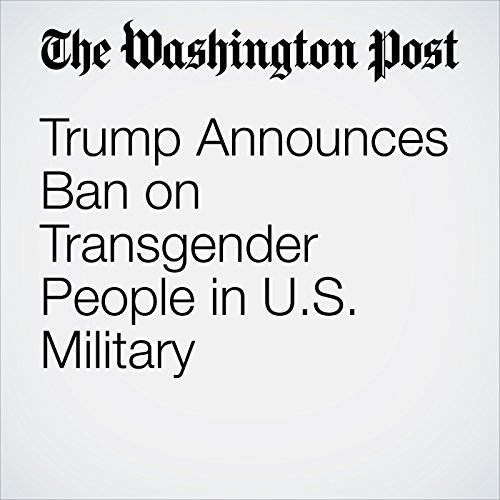 President Trump announced on Twitter Wednesday that he will ban transgender people from serving in the military in any capacity, reversing an Obama administration decision to allow them to serve openly and drawing dismay and anger from advocates.

"Trump Announces Ban on Transgender People in U.S. Military" is from the July 26, 2017 Post Politics section of The Washington Post. It was written by Abby Phillip, Thomas Gibbons-Neff and Dan Lamothe and narrated by Sam Scholl.