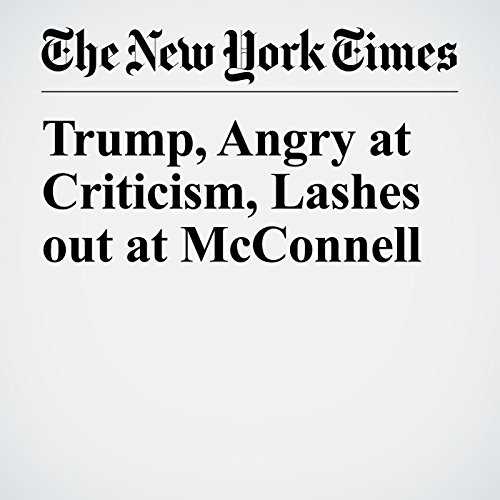 President Donald Trump lashed out Wednesday at the Senate majority leader, Mitch McConnell, R-Ky., who suggested this week that the president harbored “excessive expectations” about the pace of congressional progress.

"Trump, Angry at Criticism, Lashes out at McConnell" is from the August 09, 2017 U.S. section of The New York Times. It was written by Matt Flegenheimer and narrated by Barbara Benjamin-Creel.