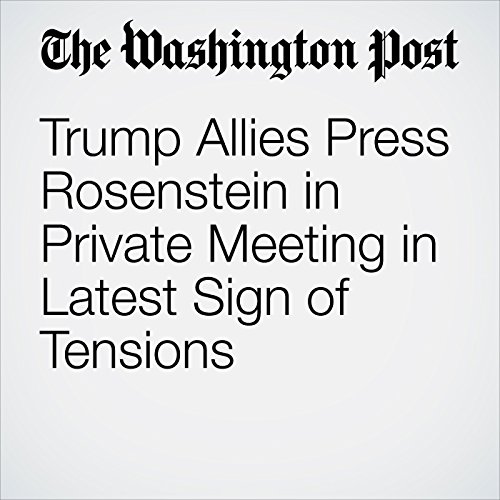 Two of President Trump’s top legislative allies met with Deputy Attorney General Rod J. Rosenstein this week to press him for more documents about the conduct of law enforcement officials involved in the Russia probe and the investigation into Hillary Clinton’s email server, according to three people who were not authorized to speak publicly about the discussion.

"Trump Allies Press Rosenstein in Private Meeting in Latest Sign of Tensions" is from the April 18, 2018 Politics section of The Washington Post. It was written by Robert Costa, Ellen Nakashima and narrated by Sam Scholl.