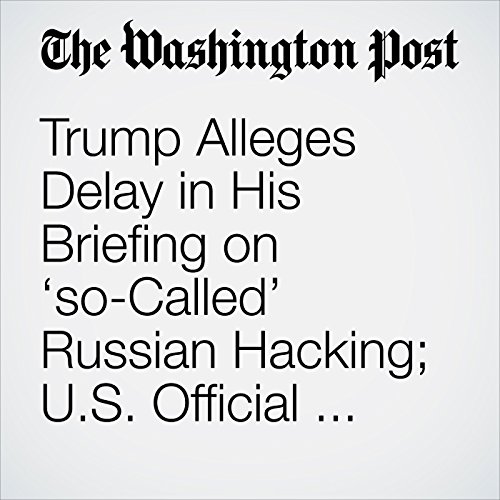 President-elect Donald Trump took to Twitter on Tuesday night to say that a planned intelligence briefing for him on “so-called ‘Russian-hacking’” had been delayed until Friday, a development he called ‘very strange!” -- but one that a U.S. official said wasn't a delay at all.

"Trump Alleges Delay in His Briefing on ‘so-Called’ Russian Hacking; U.S. Official Says There Wasn’t One" is from the December 04, 2016 Politics section of The Washington Post. It was written by John Wagner and Greg Miller and narrated by Sam Scholl.