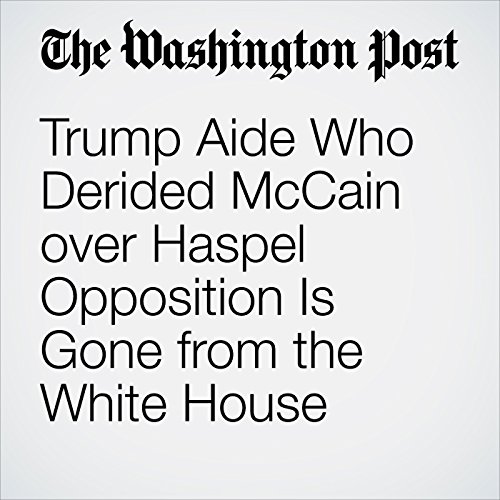 A White House aide who dismissed Sen. John McCain’s opposition to President Trump’s CIA nominee as irrelevant because he was “dying anyway” no longer works for the president.

"Trump Aide Who Derided McCain over Haspel Opposition Is Gone from the White House" is from the June 06, 2018 Politics section of The Washington Post. It was written by Josh Dawsey and narrated by Sam Scholl.