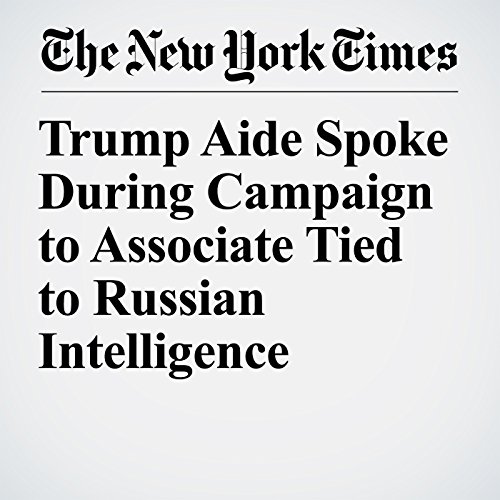 A top Trump campaign official had repeated communications during the final weeks of the 2016 presidential race with a business associate tied to Russian intelligence, according to a document released Tuesday by the special counsel investigating Russian interference in the election.

"Trump Aide Spoke During Campaign to Associate Tied to Russian Intelligence" is from the March 28, 2018 U.S. section of The New York Times. It was written by Mark Mazzetti and narrated by Kristi Burns.