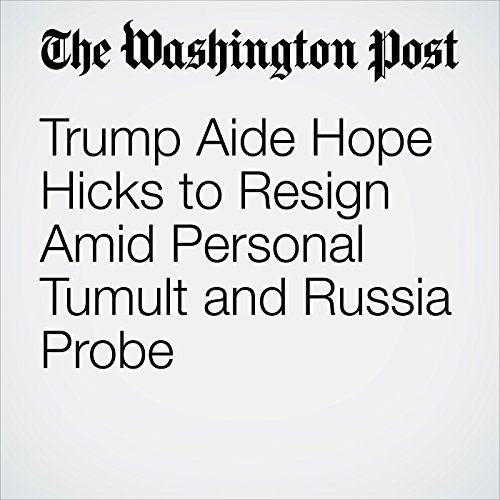 Hope Hicks, the White House communications director and one of President Trump’s longest-serving and closest advisers, abruptly announced Wednesday that she plans to resign — sending a jolt through a West Wing besieged by internal tumult and the intensifying Russia investigation.

"Trump Aide Hope Hicks to Resign Amid Personal Tumult and Russia Probe" is from the February 28, 2018 Politics section of The Washington Post. It was written by Philip Rucker, Ashley Parker and narrated by Sam Scholl.