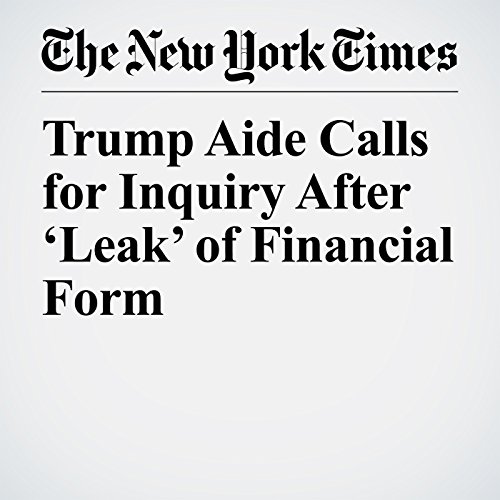 Trump Aide Calls for Inquiry After ‘Leak’ of Financial Form

In the five days since he was named White House communications director, Anthony Scaramucci has vowed to hunt down leakers and fire anyone he catches. By the end of his fifth day, he was on the receiving end of what he called a leak about himself.

"Trump Aide Calls for Inquiry After ‘Leak’ of Financial Form" is from the July 27, 2017 U.S. section of The New York Times. It was written by Peter Baker and Nicholas Fandos and narrated by Keith Sellon-Wright.