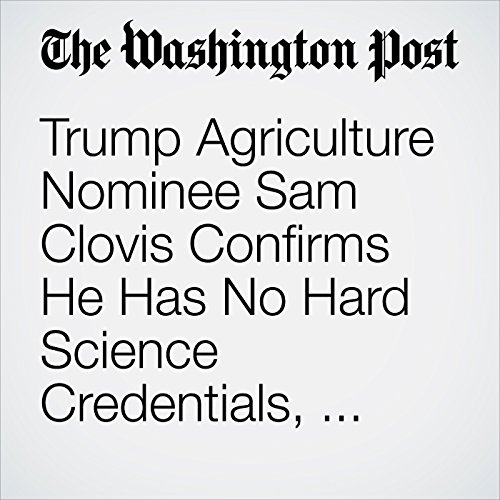 The U.S. Department of Agriculture’s senior White House adviser, Sam Clovis, who withdrew his nomination as the agency’s chief scientist this week after being linked to the special counsel’s ongoing Russia probe, confirmed in an Oct. 17 letter obtained by The Washington Post that he has no academic credentials in either science or agriculture.

"Trump Agriculture Nominee Sam Clovis Confirms He Has No Hard Science Credentials, Withdraws Over Ties to Russia Probe" is from the November 02, 2017 Politics section of The Washington Post. It was written by Juliet Eilperin and narrated by Sam Scholl.