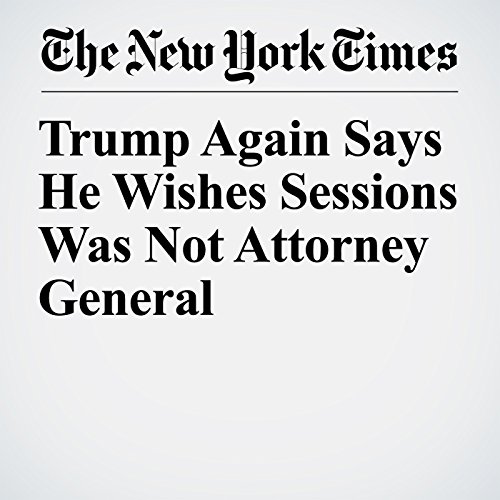 President Donald Trump said Wednesday that he wished he had chosen another lawyer to be his attorney general, instead of Jeff Sessions, who recused himself from the sensitive Russia investigation early in the Trump administration.

"Trump Again Says He Wishes Sessions Was Not Attorney General" is from the May 30, 2018 U.S. section of The New York Times. It was written by Eileen Sullivan and narrated by Kristi Burns.