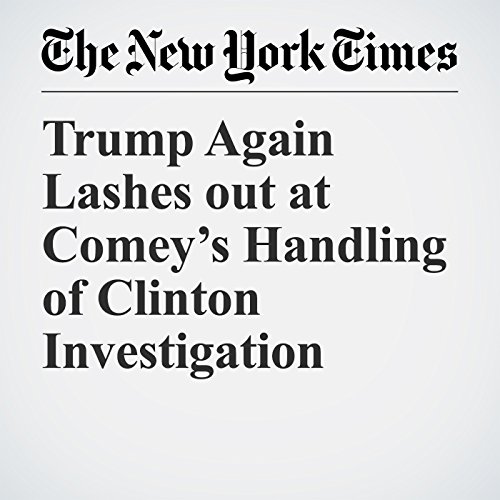 Trump Again Lashes out at Comey’s Handling of Clinton Investigation

President Donald Trump on Friday lashed out anew at the FBI director he fired in May, charging that James Comey had “exonerated” Hillary Clinton before fully completing the investigation into her use of a private email server.

"Trump Again Lashes out at Comey’s Handling of Clinton Investigation" is from the September 01, 2017 U.S. section of The New York Times. It was written by Julie Hirschfeld Davis and narrated by Barbara Benjamin-Creel.