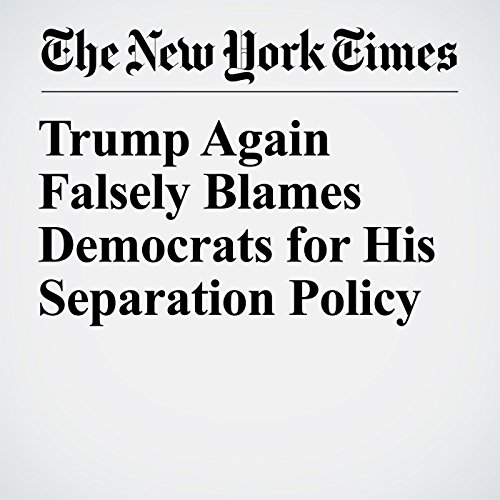 President Donald Trump on Saturday repeated his false assertion that Democrats were responsible for his administration’s policy of separating migrant families apprehended at the border, sticking to a weekslong refusal to publicly accept responsibility for a widely condemned practice that has become a symbol of his crackdown on illegal immigration.

"Trump Again Falsely Blames Democrats for His Separation Policy" is from the June 16, 2018 U.S. section of The New York Times. It was written by Julie Hirschfeld Davis and narrated by Fleet Cooper.