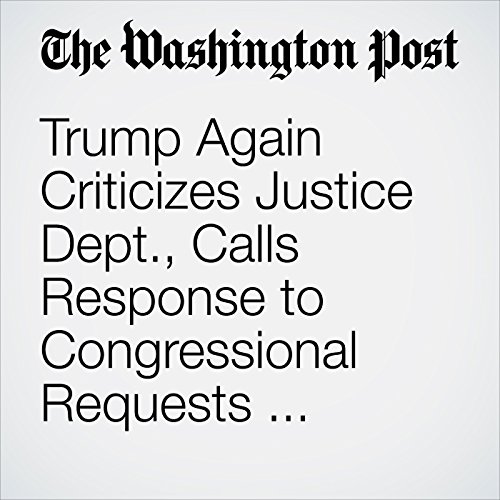 President Trump again criticized the Justice Department on Monday, saying the agency’s production of documents to Congress is an “embarrassment to our country!”

"Trump Again Criticizes Justice Dept., Calls Response to Congressional Requests ‘Embarrassment to Our Country!’" is from the April 02, 2018 National section of The Washington Post. It was written by Matt Zapotosky and narrated by Sam Scholl.