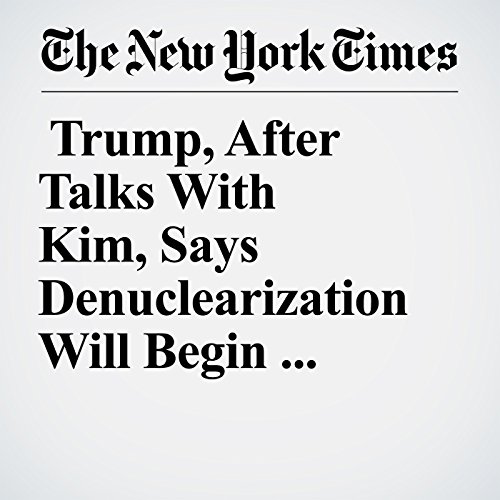 "Trump, After Talks With Kim, Says Denuclearization Will Begin ‘Quickly’" is from the June 12, 2018 World section of The New York Times. It was written by Mark Landler and narrated by Keith Sellon-Wright.