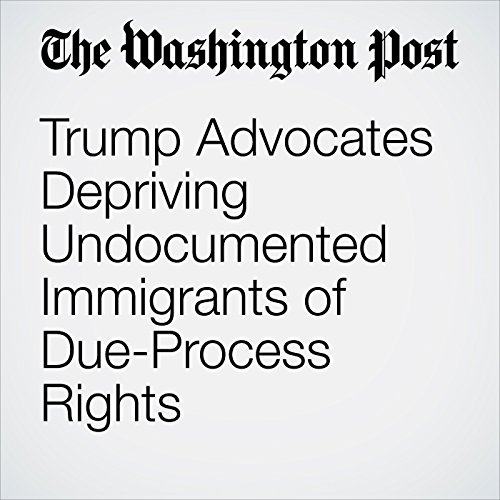 President Trump on Sunday explicitly advocated depriving undocumented immigrants of their due-process rights, arguing that people who cross the border into the United States illegally must immediately be deported without trial — and sowing more confusion among Republicans ahead of a planned immigration vote this week.

"Trump Advocates Depriving Undocumented Immigrants of Due-Process Rights" is from the June 24, 2018 Politics section of The Washington Post. It was written by Philip Rucker and David Weigel and narrated by Sam Scholl.