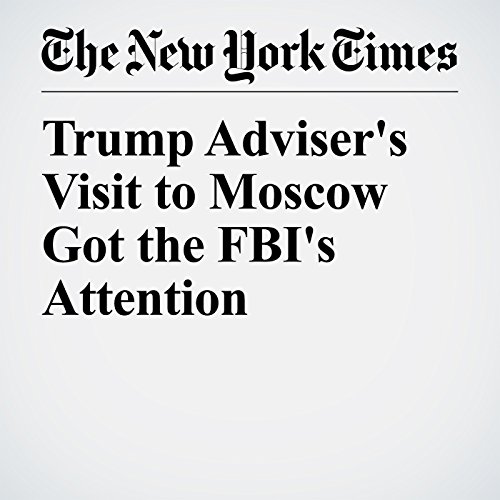 Ever since FBI investigators discovered in 2013 that a Russian spy was trying to recruit an American businessman named Carter Page, the bureau maintained an occasional interest in Page. So when he became a foreign policy adviser to the Trump campaign last year and gave a Russia-friendly speech at a prestigious Moscow institute, it soon caught the bureau’s attention.

"Trump Adviser's Visit to Moscow Got the FBI's Attention" is from the April 19, 2017 U.S. section of The New York Times. It was written by Scott Shane, Mark Mazzetti and Adam Goldman and narrated by Kristi Burns.