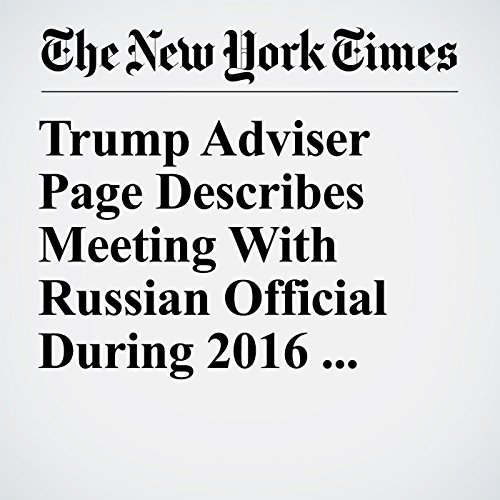 A former Trump campaign adviser told Congress he had a private conversation with a Russian deputy prime minister during the 2016 presidential campaign and that at least two members of the president’s team were aware, providing more details to what is publicly known about Moscow’s access to President Donald Trump’s circle, according to a congressional transcript released late Monday.

"Trump Adviser Page Describes Meeting With Russian Official During 2016 Campaign" is from the November 07, 2017 U.S. section of The New York Times. It was written by Eileen Sullivan and Adam Goldman and narrated by Keith Sellon-Wright.