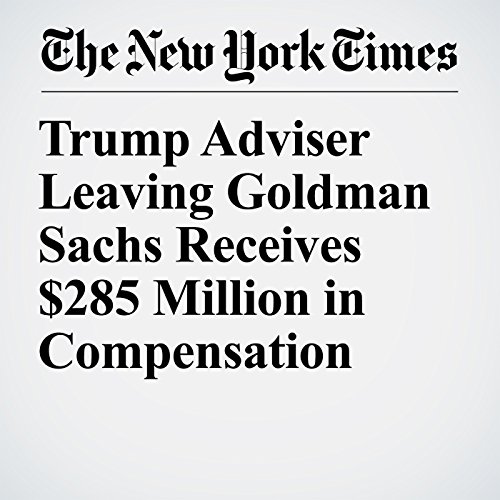 Goldman Sachs has rewarded its departing president, Gary D. Cohn, with expedited access to cash and stock payments valued at nearly $300 million, and in doing so has tacitly encouraged another of its executives to accept an influential role in Washington.

"Trump Adviser Leaving Goldman Sachs Receives $285 Million in Compensation" is from the January 25, 2017 Business section of The New York Times. It was written by Kate Kelly and narrated by Keith Sellon-Wright.