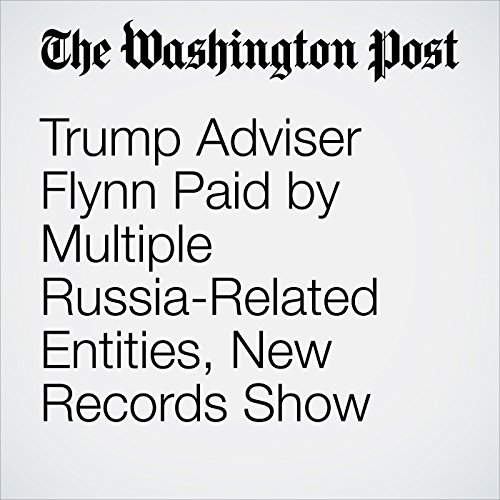 Michael Flynn, who was forced to resign as national security adviser amid controversy over his contacts with Russia’s ambassador, collected nearly $68,000 in fees and expenses from Russia-related entities in 2015, a higher amount than was previously known, according to newly released documents.

"Trump Adviser Flynn Paid by Multiple Russia-Related Entities, New Records Show" is from the March 16, 2017 Politics section of The Washington Post. It was written by Rosalind S. Helderman and Tom Hamburger and narrated by Jill Melancon.