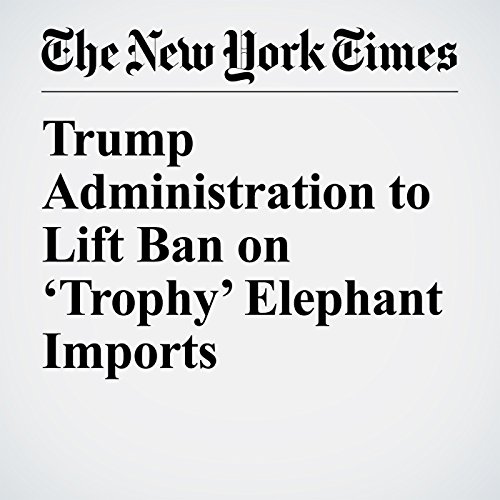 The Trump administration will begin allowing hunters to bring into the United States “trophy” elephants killed in Zimbabwe, reversing a 2014 ban on a practice that has received intense scrutiny in recent years.

"Trump Administration to Lift Ban on ‘Trophy’ Elephant Imports" is from the November 16, 2017 World section of The New York Times. It was written by Niraj Chokshi and narrated by Barbara Benjamin-Creel.