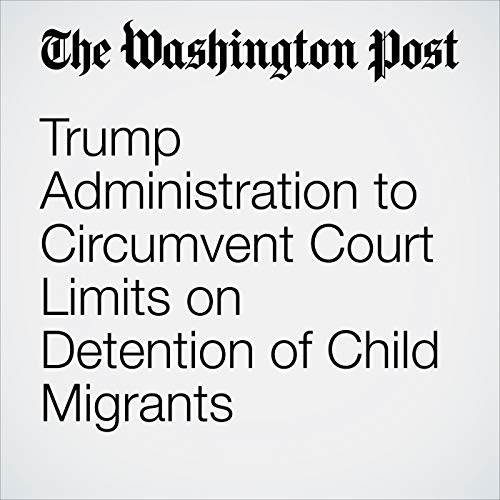 The Trump administration said Thursday it is preparing to circumvent limits on the government’s ability to hold minors in immigration jails by withdrawing from the Flores Settlement Agreement, the federal consent decree that has shaped detention standards for underage migrants since 1997.

"Trump Administration to Circumvent Court Limits on Detention of Child Migrants" is from the September 06, 2018 National section of The Washington Post. It was written by Nick Miroff andMaria Sacchetti and narrated by Sam Scholl.