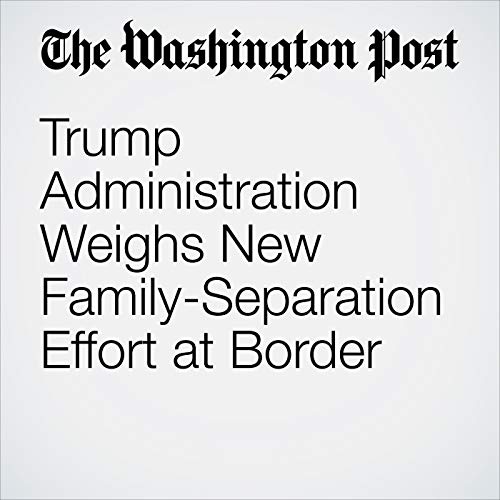 The White House is actively considering plans that could again separate parents and children at the U.S.-Mexico border, hoping to reverse soaring numbers of families attempting to cross illegally into the United States, according to several administration officials with direct knowledge of the effort.

"Trump Administration Weighs New Family-Separation Effort at Border" is from the October 12, 2018 National section of The Washington Post. It was written by Nick Miroff, Josh Dawsey and Maria Sacchetti and narrated by Jenny Hoops.