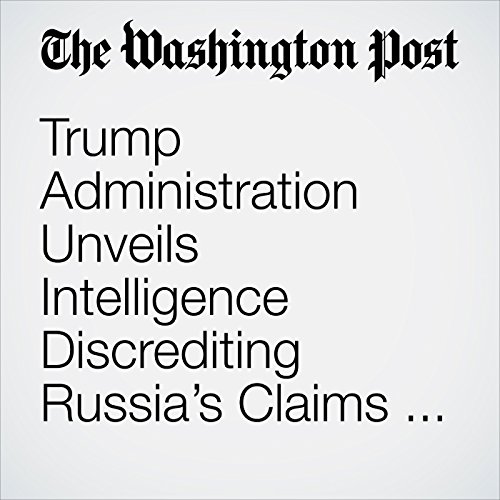 The declassified findings formed part of a coordinated broadside against Russia from the White House, State Department and Pentagon. The choreographed critiques appeared to show a desire to impose order on what has been the administration’s chaotic, often contradictory public stance on national security matters.

"Trump Administration Unveils Intelligence Discrediting Russia’s Claims on Chemical Attack in Syria" is from the April 11, 2017 Politics section of The Washington Post. It was written by Missy Ryan, Greg Jaffe and Dan Lamothe and narrated by Jenny Hoops.