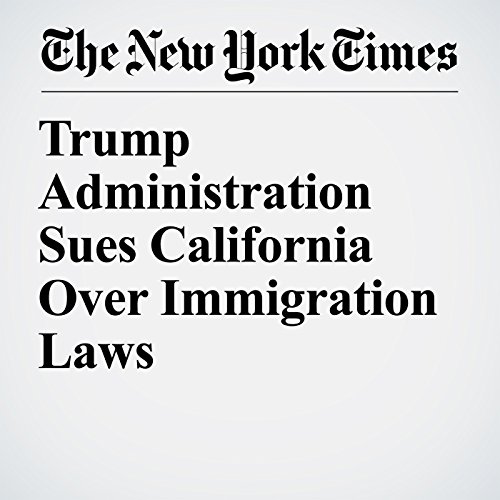 The Trump administration escalated what had been a war of words over California’s immigration agenda, filing a lawsuit late Tuesday that amounted to a pre-emptive strike against the liberal state’s so-called sanctuary laws.

"Trump Administration Sues California Over Immigration Laws" is from the March 07, 2018 U.S. section of The New York Times. It was written by Katie Benner, Jennifer Medina and narrated by Keith Sellon-Wright.