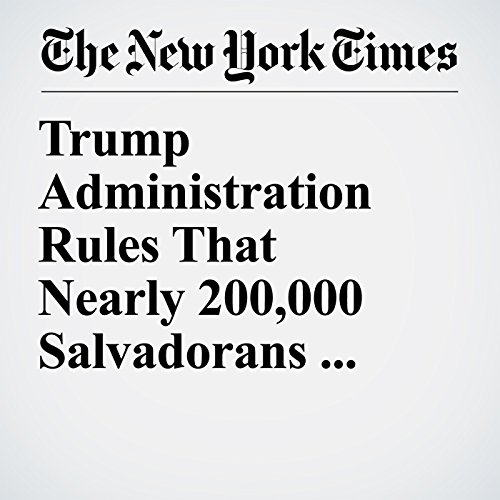 Nearly 200,000 people from El Salvador who have been allowed to live in the United States for more than a decade must leave the country, two government officials familiar with the decision said Monday. It is the Trump administration’s latest reversal of years of immigration policies and one of the most consequential to date.

"Trump Administration Rules That Nearly 200,000 Salvadorans Must Leave, Officials Say" is from the January 08, 2018 U.S. section of The New York Times. It was written by Miriam Jordan and narrated by Keith Sellon-Wright.