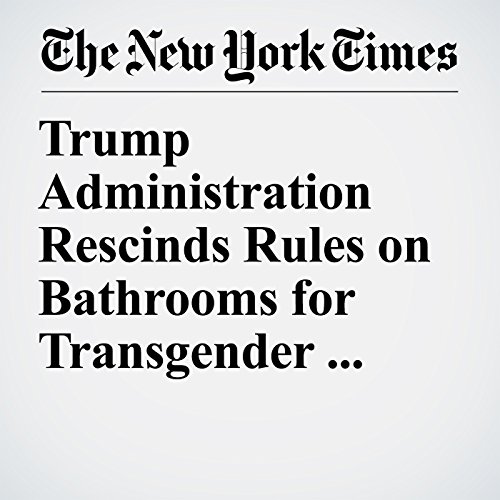 President Donald Trump on Wednesday rescinded protections for transgender students that had allowed them to use bathrooms of their gender identity, overruling his own education secretary and placing his administration firmly in the middle of the culture wars that many Republicans have tried to leave behind.

"Trump Administration Rescinds Rules on Bathrooms for Transgender Students" is from the February 22, 2017 U.S. section of The New York Times. It was written by Jeremy W. Peters, Jo Becker and Julie Hirschfeld Davis and narrated by Caroline Miller.