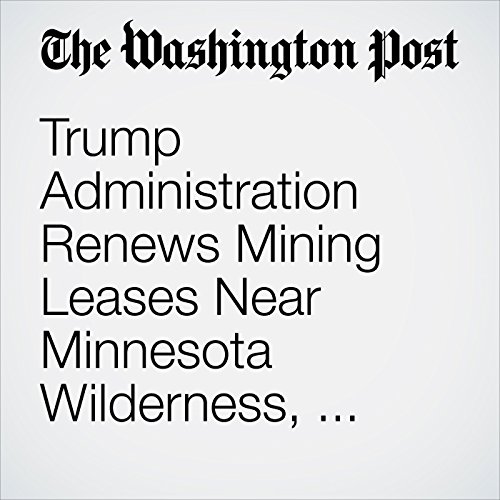 The Trump administration moved Friday to renew leases for a copper and nickel mining operation on the border of Minnesota’s Boundary Waters Canoe Area Wilderness, reversing a decision made in the final weeks of Barack Obama’s tenure in office.

"Trump Administration Renews Mining Leases Near Minnesota Wilderness, Reversing Obama" is from the December 23, 2017 National section of The Washington Post. It was written by Juliet Eilperin and narrated by Sam Scholl.