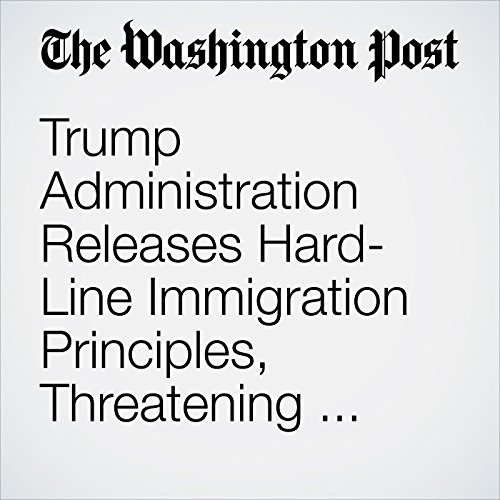 The Trump administration released a list of hard-line immigration principles late Sunday that threaten to derail a deal in Congress to allow hundreds of thousands of younger undocumented immigrants to remain in the country legally.

"Trump Administration Releases Hard-Line Immigration Principles, Threatening Deal on 'Dreamers'" is from the October 08, 2017 Politics section of The Washington Post. It was written by David Nakamura and narrated by Sam Scholl.