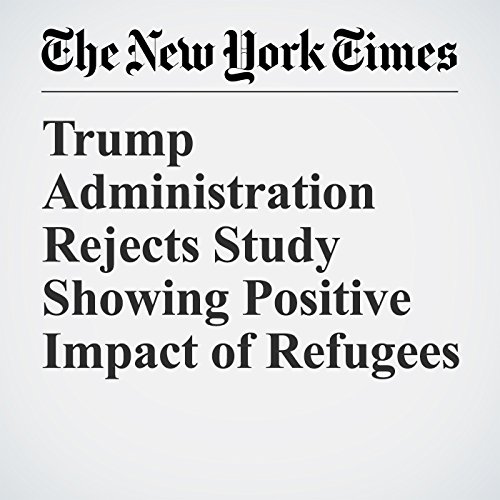 Trump administration officials, under pressure from the White House to provide a rationale for reducing the number of refugees allowed into the United States next year, rejected a study by the Department of Health and Human Services that found that refugees brought in $63 billion more in government revenues during the past decade than they cost.

"Trump Administration Rejects Study Showing Positive Impact of Refugees" is from the September 18, 2017 U.S. section of The New York Times. It was written by Julie Hirschfeld Davis and Somini Sengupta and narrated by Keith Sellon-Wright.