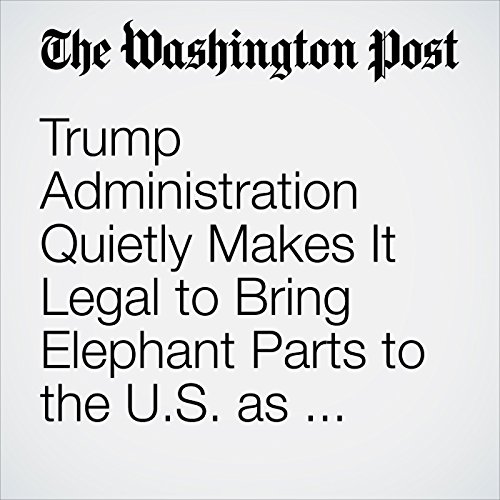 The Trump administration will allow Americans to bring tusks and other elephant body parts back to this country as trophies, in a pivot away from the support President Trump voiced last year for an Obama-era trophy ban.

"Trump Administration Quietly Makes It Legal to Bring Elephant Parts to the U.S. as Trophies" is from the March 06, 2018 National section of The Washington Post. It was written by Eli Rosenberg and narrated by Sam Scholl.