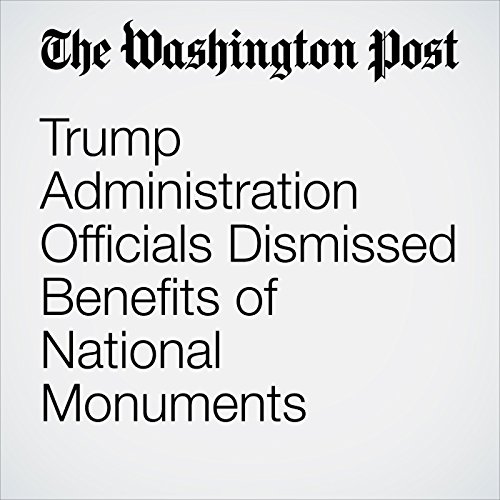 "Trump Administration Officials Dismissed Benefits of National Monuments" is from the July 23, 2018 National section of The Washington Post. It was written by Juliet Eilperin and narrated by Sam Scholl.