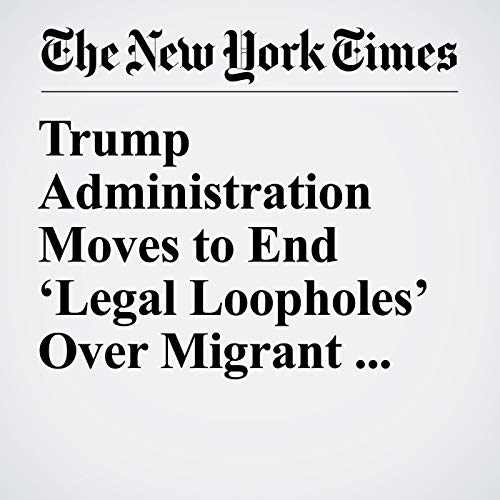 Moving to bypass restrictions on the detention of migrant families in federal custody, the Trump administration introduced Thursday a regulation that would upend a federal court settlement that requires such families to be released after 20 days.

"Trump Administration Moves to End ‘Legal Loopholes’ Over Migrant Children Detention" is from the September 06, 2018 U.S. section of The New York Times. It was written by Caitlin Dickerson and narrated by Keith Sellon-Wright.