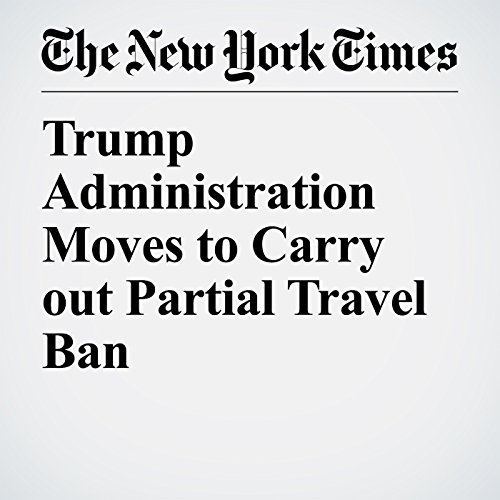 The Trump administration moved aggressively Thursday to fulfill one of the president’s most contentious campaign promises, banning entry into the United States by refugees from around the world and prohibiting most visitors from six predominantly Muslim countries.

"Trump Administration Moves to Carry out Partial Travel Ban" is from the June 29, 2017 U.S. section of The New York Times. It was written by Gardiner Harris and Michael D. Shear and narrated by Fleet Cooper.