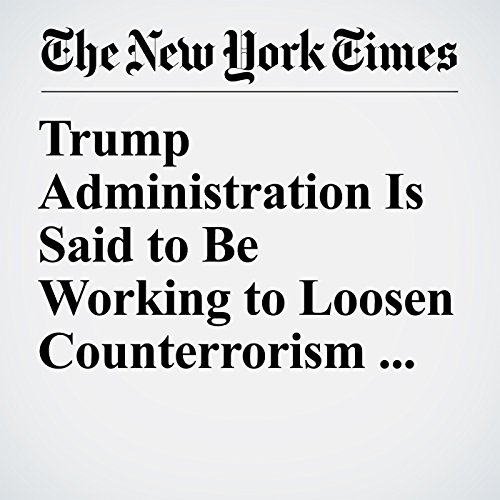 The Trump administration is exploring how to dismantle or bypass Obama-era constraints intended to prevent civilian deaths from drone attacks, commando raids and other counterterrorism missions outside conventional war zones like Afghanistan and Iraq, according to officials familiar with internal deliberations.

"Trump Administration Is Said to Be Working to Loosen Counterrorism Rules" is from the March 12, 2017 World section of The New York Times. It was written by Charlie Savage and Eric Schmitt and narrated by Keith Sellon-Wright.