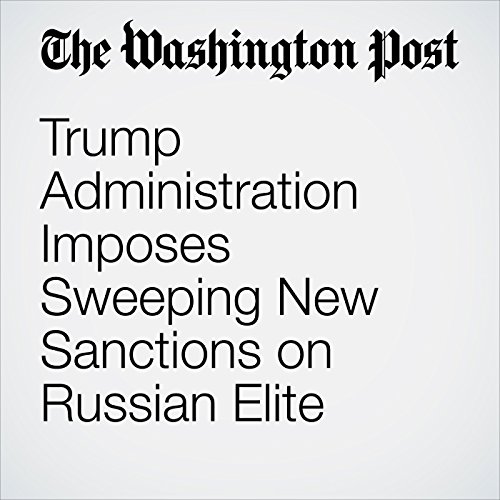 "Trump Administration Imposes Sweeping New Sanctions on Russian Elite" is from the April 06, 2018 Politics section of The Washington Post. It was written by John Hudson and Seung Min Kim and narrated by Jenny Hoops.