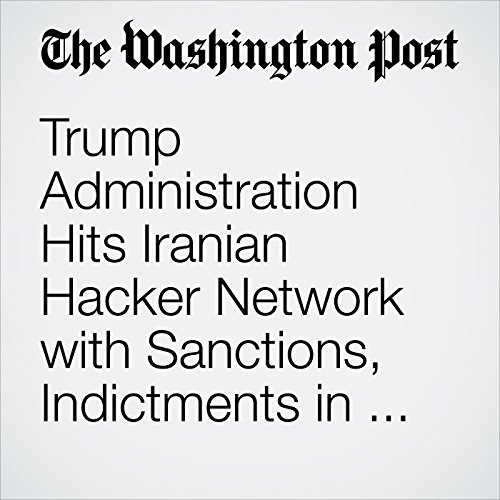 The Trump administration on Friday announced sanctions and criminal indictments against an Iranian hacker network it said was involved in “one of the largest state-sponsored hacking campaigns” ever prosecuted by the United States, targeting hundreds of U.S. and foreign universities, as well as dozens of U.S. companies and government agencies, and the United Nations.

"Trump Administration Hits Iranian Hacker Network with Sanctions, Indictments in Vast Global Campaign" is from the March 23, 2018 National section of The Washington Post. It was written by Ellen Nakashima, Karen DeYoung and narrated by Jenny Hoops.