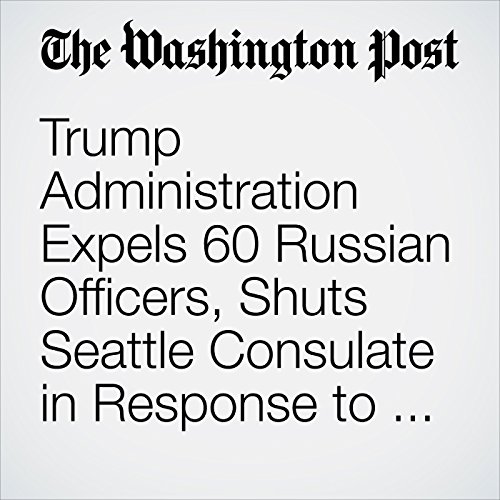 The Trump administration on Monday ordered the expulsion of 60 Russian intelligence and diplomatic officers in New York and Washington and the closure of the Russian Consulate in Seattle, joining European allies in retaliation for the poisoning of a former Russian spy in Britain.

"Trump Administration Expels 60 Russian Officers, Shuts Seattle Consulate in Response to Attack on Former Spy in Britain" is from the March 26, 2018 Politics section of The Washington Post. It was written by Philip Rucker, Michael Birnbaum and Ellen Nakashima and narrated by Sam Scholl.