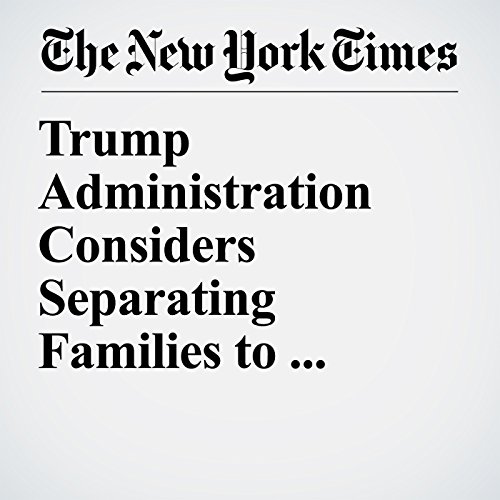 The Trump administration is considering a plan to separate parents from their children when families are caught entering the country illegally, according to officials who have been briefed on the plans. The forceful move is meant to discourage border crossings, but immigrant groups have denounced it as draconian and inhumane.

"Trump Administration Considers Separating Families to Combat Illegal Immigration" is from the December 22, 2017 U.S. section of The New York Times. It was written by Caitlin Dickerson and Ron Nixon and narrated by Mike DelGaudio.