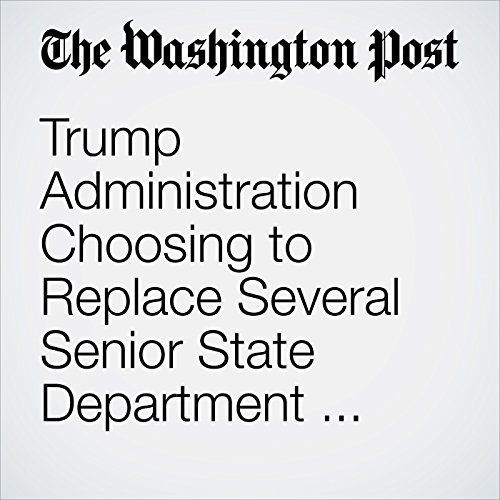 Several career Foreign Service officers were informed this week that they will not be asked to stay on in senior or sensitive posts that are under direct White House control. Officials at the level of assistant secretary and above were affected, State Department officials said.

"Trump Administration Choosing to Replace Several Senior State Department Diplomats" is from the January 26, 2017 Politics section of The Washington Post. It was written by Anne Gearan and narrated by Sam Scholl.