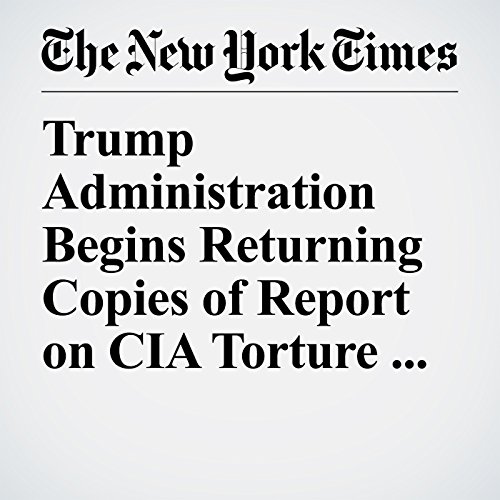 The Trump administration has begun returning copies of a voluminous 2014 Senate report about the CIA’s detention and interrogation program to Congress, complying with the demand of a top Republican senator who has criticized the report for being shoddy and excessively critical of the CIA.

"Trump Administration Begins Returning Copies of Report on CIA Torture for Lockdown" is from the June 02, 2017 U.S. section of The New York Times. It was written by Mark Mazzetti and Matthew Rosenberg and narrated by Mike DelGaudio.