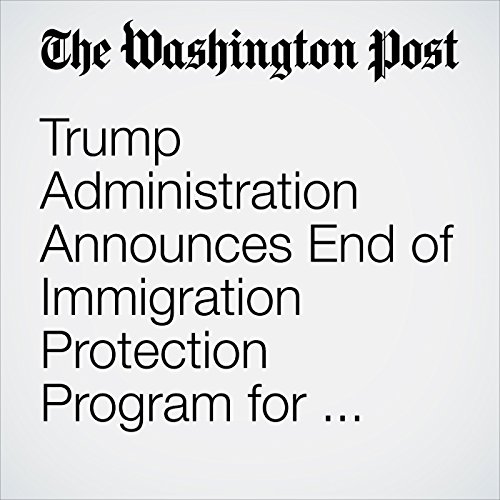 The Trump administration announced Tuesday it would begin to unwind an Obama-era program that allows younger undocumented immigrants to live in the country without fear of deportation, calling the program unconstitutional but offering a partial delay to give Congress a chance to address the issue.

"Trump Administration Announces End of Immigration Protection Program for 'Dreamers'" is from the September 05, 2017 Post Politics section of The Washington Post. It was written by David Nakamura and narrated by Sam Scholl.