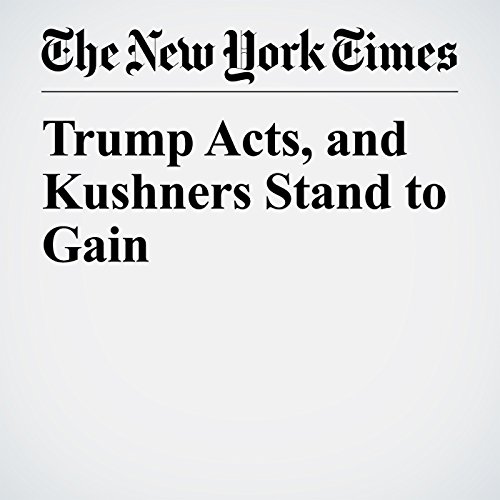 It was the first major piece of legislation that President Donald Trump signed into law, and buried on page 734 was one sentence that brought a potential benefit to the president’s extended family: renewal of a program offering permanent residence in the United States to affluent foreigners investing money in real estate projects here.

"Trump Acts, and Kushners Stand to Gain" is from the May 08, 2017 U.S. section of The New York Times. It was written by Eric Lipton and Jesse Drucker and narrated by Keith Sellon-Wright.